Today's technology has improved a lot compared to what we had decades ago. Internet of things (IOT) aims at revolutionizing the way we communicate with objects around us.

In general terms, it is seen as the next phase of the internet in the area of networking of physical objects with humans, digital machine, animals, mechanical machines and computing devices and providing them with unique identifiers.

IOT can be see in today's world in applications such as smart grids, smart homes, intelligent transportation and smart cities. They are all made uniquely identifiable and able to communicate with internet infrastructure through their embedded computing systems.

History of Internet of things

Internet of things got its evolution for areas of wireless technology, Microelectromechanical Systems (MEMS), microservices and the internet.

As far back as 1832, an electromagnetic telegraph was created by Baron Schilling in Russia in 1832. In 1833, Carl Freidrich Gauss and Wilhelm Weber invented their own code to communicate at a distance of 1200m within Göttingen, Germany.

Jay B. Nash in 1932 could see the numerous capabilities of household objects. According to his book titles Spectatoritis, he wrote: "Within our grasp is the leisure of the Greek citizen, made possible by our mechanical slaves, which far outnumber his twelve to fifteen per free man. As we step into a room, at the touch of a button a dozen light our way. Another slave sits twenty-four hours a day at our thermostat, regulating the heat of our home. Another sits night and day at our automatic refrigerator. They start our car; run our motors; shine our shoes; and cult our hair. They practically eliminate time and space by their very fleetness."

So many other trends has shown the evolution of internet of things, some of these trends are:

1932: Jay B. Nash wrote about modern Americans and machines in Spectatoritis

1946: 2-Way Wrist Radio was first worn as a wristwatch

1949: Bar code was conceived following drawing of four lines in the sand

1955: The first wearable computer was invented

1960: Morton Heilig receives a patent for the first-ever head-mounted display

1967: Analog wearable computer was invented to aid in lip reading

1969: First message was sent over Arpanet

1977: A head mounted camera to aid the blind was invented

1980: Micro-switches were installed in the Coke vending machine to check sales and temperature

1991: The Computer in the 21st Century was published showing how “specialized elements of hardware and software will be almost hard to notice in the future

1993: A specially-rigged computer and heads-up display was used as a wearable

1994: A wearable device that communicates via wireless transmitters was invented

1994: A wearable wireless webcam was developed

1997: The First IEEE International Symposium on Wearable Computers was hosted

1999: RFID was turned into a networking technology by linking objects to the Internet through the RFID tag

1999: Neil Gershenfeld published a book about internet of things titled "When Things Start to Think“

2001: David Brock wrote about “The Electronic Product Code (EPC) in a white paper

2002: An article about “Virtual Organizations, Pervasive Computing, and an Infrastructure for Networking at the Edge,” was published

2002: The chief scientist for Accenture, published an article titled “Have Your Objects Call My Objects”

2004: Science-fiction writer Bruce Sterling introduced the concept of “Spime”at SIGGRAPH, describing it as “a neologism for an imaginary object that is still speculative.

2004: G. Lawton wrote in “Machine-to-machine technology gears up for growth” in Computer

2004: Neil Gershenfeld, Raffi Krikorian and Danny Cohen wrote in “The Internet of Things” in Scientific American

2005: The International Telecommunications Union published the 7th in its series of reports on the Internet, titled “The Internet of Things.”

Future of internet of things

Have you ever imagined controlling a door lock remotely through your mobile phone or checking your smart watch to see which bulbs are turned on your apartment while being far away. How about monitoring different production lines located in different countries from a remote area.

These are some of the few visions of the internet of things. Communication between objects and the internet can only be possible if the device has an Internet protocol (IP) address as its unique identifier.

Presently IPv4 which is the fourth version of IP limits its address space to 4 billion addresses. This limitation brought about the introduction of IPv6 in 1990 which allows approximately 3.4×10^38 addresses.

Internet of things will however make use of the extremely large number of IP addresses provided by IPv6.

As at today, there are over 3.3 Billion internet users. This number is seen to have kept growing over the years. Humans hardly communicate with other humans over the internet without passing through a device. This shows that many devices as of today are already connected to the internet.

Research shows that over 4.9 Billion things are connected to the internet of which mechanical machines are also part of them, communicating and sharing information with each other and with us. This number is expected to reach 50 Billion in the year 2020.

Out of ongoing projects in connecting things together, there are other numerous areas where internet of things could be applied in viz:

Waste Management system - Implementation of sensors to detect rubbish levels in containers in order to optimize the trash collection routes.

Noise Urban Maps - Sensors to monitor noise in areas such as bars in real time within a city.

Eletromagnetic Field Levels - Measurement of the energy radiated by cell stations and and WiFi routers.

Smart Roads - Intelligent Highways with warning messages and diversions according to climate conditions and unexpected events like accidents or traffic jams.

Temperature Monitoring - Control of temperature inside industrial and medical fridges with sensitive merchandise.

Energy and Water Use - Energy and water supply consumption monitoring to obtain advice on how to save cost and resources.

Remote Control Appliances - Switching on and off remotely appliances to avoid accidents and save energy.

Art and Goods Preservation - Monitoring of conditions inside museums and art warehouses.

Internet of things in manufacturing Despite the fact that Internet of Things (IoT) is a relatively new technology, it is seen to have already gone a long way in drawing attention in the industrial sector for some reasons which include: greater operational efficiency, better and easier management, supply chain streamlining, and improved decision making.

At the Consumer Electronics Show, LG unveiled its zeal for a better and more beautiful feature. It showed how Home-chat platform would allow LG smartwatch to understand that one sleeps restlessly, signal is passed to LG audio system to play soothing music, LG air conditioner then reduced room temperature, LG air purifier and humidifier pumps some scented freshener into the room. LG further revealed how its smart coffeemaker would grind some fresh beans in the morning and LG smartphone transmitting daily schedule to LG enabled smart car system.

This smart technology and inter communication of home and personal devices hence triggered a huge interest in extending IoT to the Industrial sector. This has made many manufacturers to have much of the structure in place to start testing and refining the concept of "when machines talks to each other" in the real world. Such structure comprises of the sensors which are hardware embedded in assembly lines, devices, smart cars and drones, data and software for analysis. Hence the evolution of Industry 4.0. 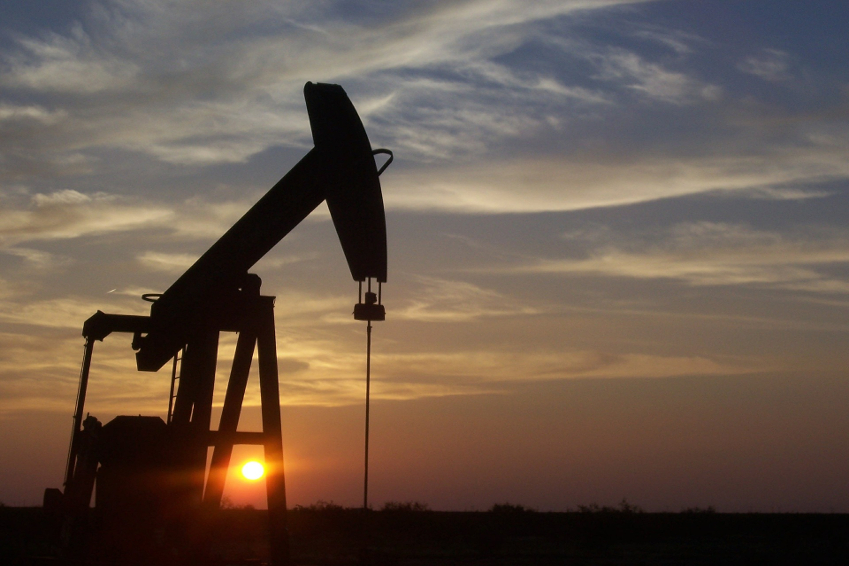 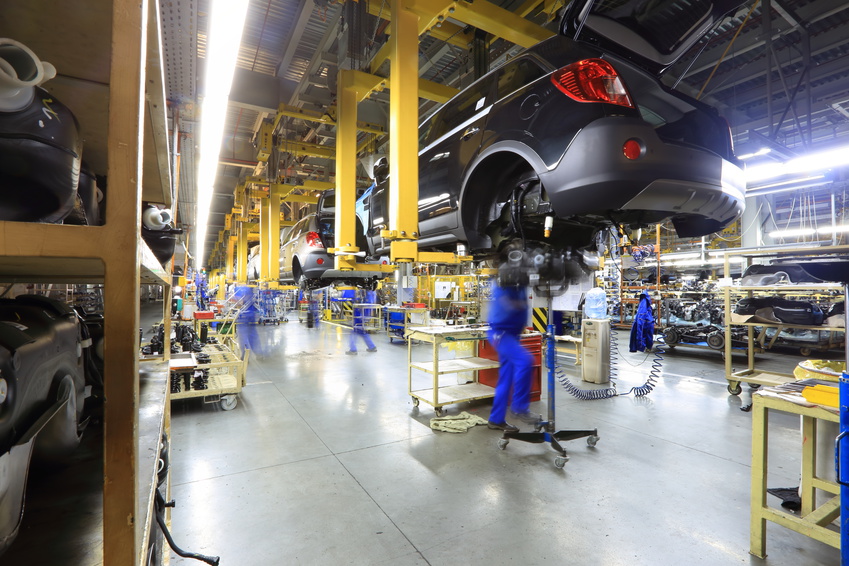 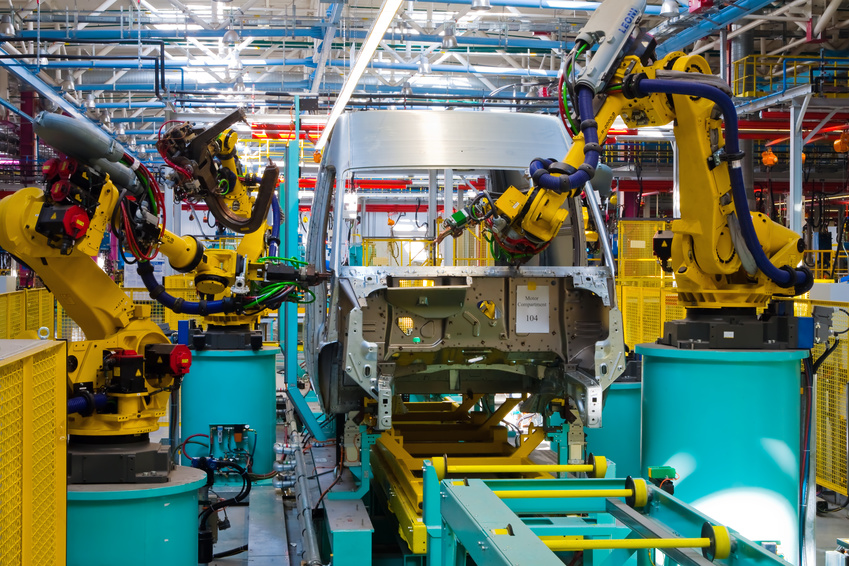 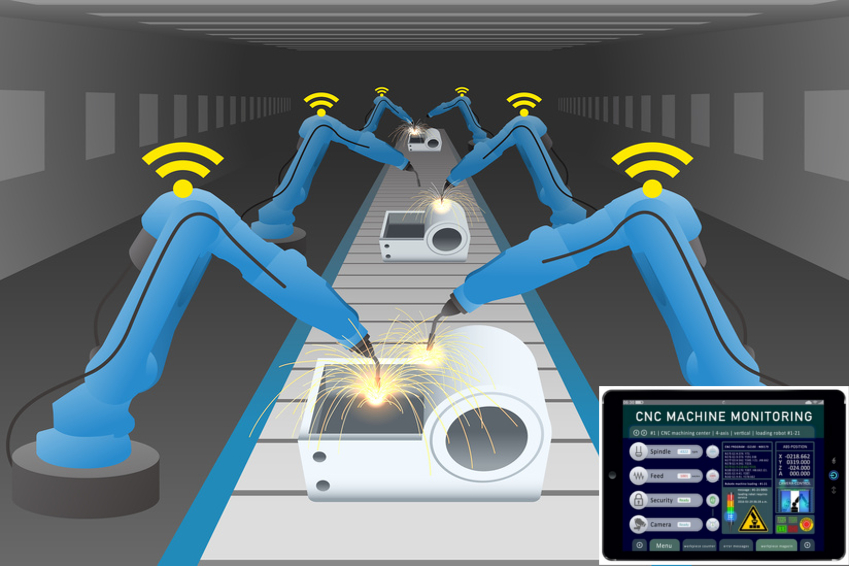 One might wonder what the difference between Internet of things and Industry 4.0 could be. IOT being the communication between things (devices), Industry 4.0 is the fourth industrial revolution. It is a term when talking about a number of automation, data exchange and manufacturing technologies.

Industrial internet of things or Industry 4.0 covers manufacturing, transportation and major parts of the productive economy. In old manufacturing industries, maintenance and replacement of machine tools are planned for a specific period and carried out on such planned dates. In this case, the actual conditions of the machines are not known. Such maintenance or machine parts replacement have been seen to be carried out even when the parts would have lasted longer.

Nowadays, machine diagnostics and prognostic technology communicate over the network and permits manufactures to continuously monitor products and correct problems in advance. This is made possible with the use of different sensors connected to the machine to monitor its behavior while operating.

Such technology are used to predict the wear level of a machine, determine the Remaining Useful Life (RUL) of a machine and suggest an optimized maintenance or replacement periods.

The 5 Important Steps You Need to Know About Process Development

How the Product Certification Process can eliminate the Need for Recalls

Certification for Hardware Products: What You need to Know

The 5 Important Steps You Need to Know About Process Development